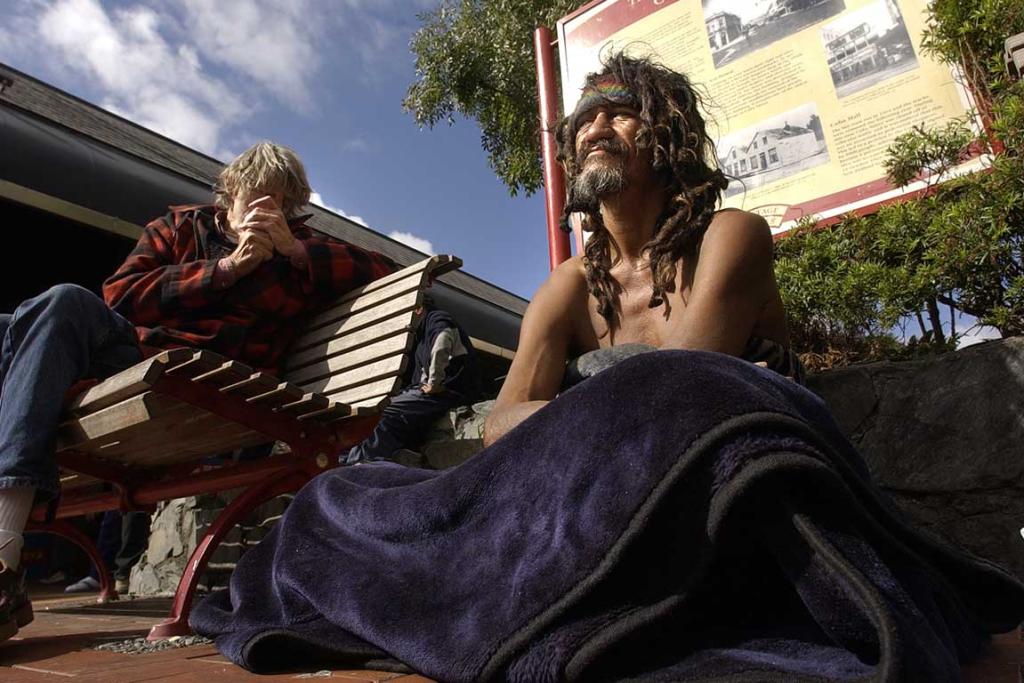 This is the story of a quest for peace, of a group of homeless and landless living on the streets of Wellington, New Zealand’s capital. The group goes by the name Te Whanau o Aotearoa – Caretakers of the Land and is spearheaded by a dread-locked Maori Rastafarian who calls himself ‘Brother’.

Brother, having been expelled from Cuba Mall – his usual abode, relocates to the Cenotaph – the war memorial that flanks Parliament, to establish a “village of peace”.

Brother represents those who feel dispossessed or cut off from Papatuanuku (Mother Earth), who desire to reinstate themselves as caretakers of the land. This he sees as being a solution for crime and substance abuse prevalent amongst the misunderstood, undervalued and dissatisfied individuals who are at odds with ‘the system’.

In an effort to gain an audience with the government, he and his street whanau (family) enter into a waiting game, whilst being set upon by the police, the press and riled politicians.

At ‘home’, Brother plays his music loud and shares his peace pipe round. Then the kickback comes…

In the meantime, the message is getting out to the people and they are responding.

Against the backdrop of fervent anti-war protests – along with the wedding party portraits, school field trip congregations and secret service surveillance – the ragged-clothed Brother and his whanau of outcasts stand in sharp relief.

The threat of court proceedings hanging over him, Brother awaits a time when merely being alive is not a prison sentence in itself. His brothers and sisters wait with him.