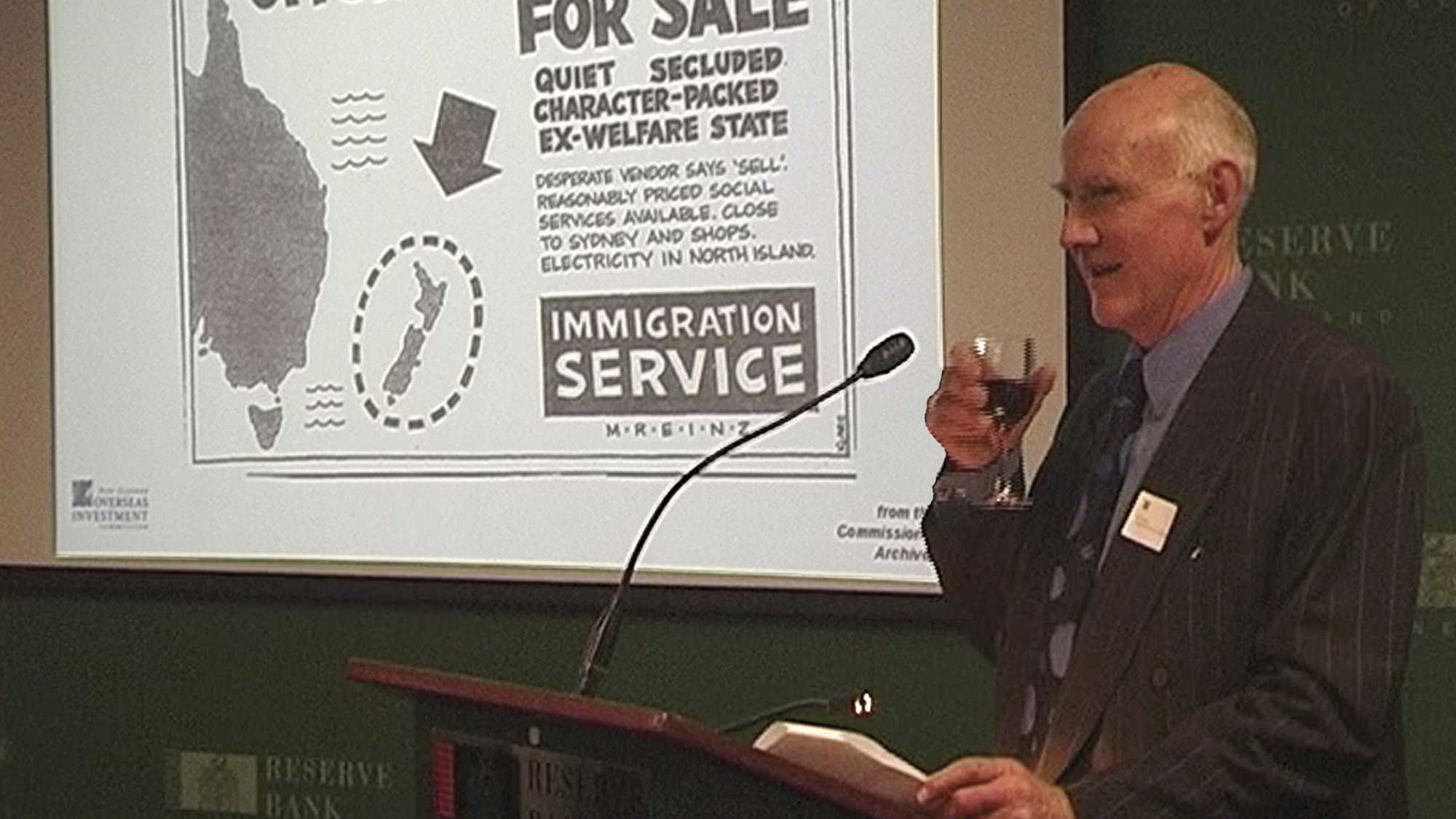 In a place they call ‘Sleepy Hollow’, a half-century old coastal campground – beloved by locals and visitors alike – is closed one summer to make way for a multi-million dollar residential subdivision.

As the campers are moved on – the locals move in, for a seven week-long occupation protesting their rightful claim to the land.

Around the country real estate is booming, leaving developers and agents flush and first home buyers priced out of the market.

High country pastoral leases are sold off to wealthy foreigners wanting their own ‘slice of paradise’, whilst the South Island rivers die ‘deaths by a thousand cuts’.

Trans-national corporations are ranked in an annual ‘hall of shame’ awards night, according to the degree to which they exploit New Zealanders.

An international breach of human rights law is perpetuated despite thousands marching on Parliament to prevent it.

Government legislation further loosening one of the world’s most liberal overseas investment regimes is pushed through bureaucratic process at lightning speed.

The founding constitutional document of this small settler nation is debated, discredited and disregarded.

This is 21st Century New Zealand where the land wars still rage and ‘colonisation by corporation’ leaves us tenants in our own home.